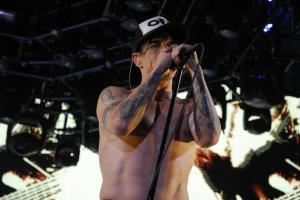 
Busy day today the day did not start of very good with a lot of worry as my 4 year old son who has type 1 diabetes was being sick from 6.30 am until gone 9am was very worrying as after he had eaten his breakfast he was sick and then I had to give my son his insulin which meant his blood levels would reduce further and he had been sick so had no food inside his stomach. I managed to stablise Harry I think it was the excitement the day before that it was his birthday party even though he had the correct insulin the day before he ran around a bit more than usual which might have made the insulin work faster so on Sunday morning once he had his insulin and gave my beautiful brave boy a bath he was feeling better. I decided earlier on in the day that if he was still being sick that I would cancell driving to LG arena in Birmingham to photograph the Red Hot Chili Peppers as well even though I would really hate to miss photographing them I could not leave my boy.


Luckily my son gradually improved and so by 5pm I was ready to go to birmingham.Got to the arena for 7.30pm there was a great atmosphere and alot of people had gone to the gig from Wales. Recognised a few other photographers that had travelled to Wales to photograph at a U2 gig a few years back that I was at was good to catch up.

3 Songs and then it is time for me to just watch them for a few minutes buy a t-shirt and wrist band and then head back to Wales as have a deadline for me to submit my photos by.

11.15 arrive back home first check my beautiful boy is ok.

1.Monarchy of Roses
2.Dani California
3.Charlie
4.Can't Stop
5.The Adventures of Rain Dance
6.No Chump Love Sucker
(Small Teaser)
7.Throw Away Your Television
8.Otherside
9.Look Around
10.If You Have To Ask
11.Me & My Friends
12.Did I Let You Know
13.Under the Bridge
14.Higher Ground
(Stevie Wonder cover)
15.Californication
16.By the Way Play
Encore:
17.Chad & Mauro Jam
18.Sir Psycho Sexy
19.They're Red Hot
(Robert Johnson cover)
20.Soul to Squeeze
21.Give It Away
22.Final Jam